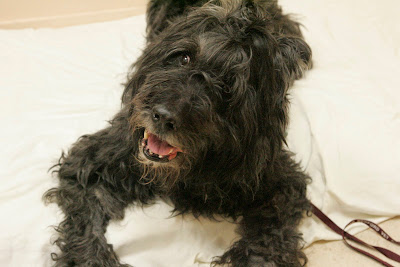 click here for article or here for more information


At age 14  Truman is experiencing this now & it is very upsetting to witness.  His head tilts to one side, his eyes dart back & forth like he's watching a tennis match resulting in vertigo, a loss of appetite, a disinterest in  drinking water, an inability to keep his balance, stand or walk properly. If his eyes were moving up & down  (rather than  back & forth) it would be a death knell.
The syndrome is caused by an inflammation of the nerve that runs between  the ear & brain. In Truman's case, it seemed to come on suddenly. One minute he was playing outside, the next minute he was panting in distress.
The prognosis depends on the possible cause: idiopathic (unknown origin), ear infection, brain tumor. It is feasible the first two could resolve themselves, possibly with residuals (head tilt + walking in circles). The third cause is inoperable.
My heart breaks every time I see him in the hospital (2x daily). Today I got him to wag his tail, we traded kisses & he tried his best to stand on his own when I asked him to.

Day 10 -> 02 Mar 10   Today Truman received his 2nd acupuncture session. When he saw me,  he wanted to get up to greet me, needles & all. He is on Tramadol, eating, drinking, peeing & pooping.  His eyes have stopped shifting from side to side but he has a confused look about him.

He can stand by himself if he's on a surface that offers some traction.  Walking is a veeeery slow process w frequent rest stops & he leans to the left against his handler. For his own protection, he is held aloft by a harness but currently he is carrying most of his weight.

The vets feel he is on the right track, recovering from an episode of idiopathic old age vestibular disease. That's good. It could have been much worse.

Most dogs recover; some w residual weakness & head tilt, some enjoy a full recovery. I don't care as long as he is comfortable & not in pain.  Other than this, the vets concur that he is in fine health.

Day 17 -> 09 Mar 10 Truman has been home for less than a week. In that time I don't think he has improved much although he is getting around by himself for the most part.

We spread runners & mats all over the house but he walks around them. He won't even sleep on them, instead preferring the hard wood floor. However, in the last day or so  he  has agreed to lie on his beds scattered around the house & office.

We've decided to rename him "Lurch" (from the Addams Family) because he walks in spurts, i.e. he no longer has his light, agile movements. And he definitely lists to the left. Frequently he pauses, either because he's lost in thought or he's gathering his forces for the next lurching steps.

When stopped & looking at us, his head seems a little straighter but when walking his head tilts left (where else?) so he is prone to walking in circles.

We do not let him out alone, i.e. he is always on a lead just in case he needs help balancing himself.

However, he is compensating & where I can say he has improved is that he now climbs a few steps without much ado & he can get through a body shake w/o falling over. He cleans out his dish with his head twisted & his appetite hasn't been affected.

He refused my help climbing onto the sofa the other day but did it himself & then got off because he couldn't find a comfortable spot for himself. This was good because I got to sit on the sofa.

He manages a three legged piddle with more grace than before & is eating, drinking, peeing & pooping normally.

His personality is pretty much intact, as charmingly demanding & demonstrative as before. He is a little less vocal but definitely makes his wishes known.

He was discharged with Tramadyl (pain med) which is being tapered so we can see what happens & an antibiotic as a precaution against an inner ear infection which could possibly aggravate his situation.

He is noticeably stiff in his hind quarters but that's his arthritis. And he is getting acupuncture & rehabilitation for that. He has legitimate loss of hearing for normal communication but I lean down & yell in his ear when necessary. He still remembers commands.

The vets tell me he may never get over the disease but  will compensate to the point where I might not even notice the difference.

He will never be the graceful & precocious Truman that I once knew but he's still my best pal & I know he has good spirit & a strong, stubborn, independent will which will serve him well. There is no reason to believe that he won't be with us for a while longer.

Posted by Jan Rifkinson at 12:16 No comments: 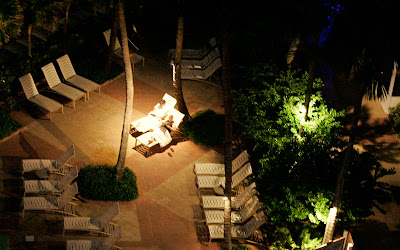 Posted by Jan Rifkinson at 18:58 No comments: 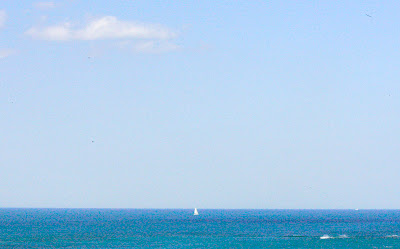 Posted by Jan Rifkinson at 15:08 No comments: 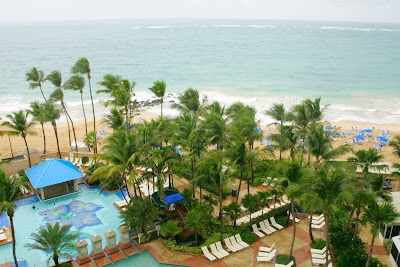 Posted by Jan Rifkinson at 14:06 No comments: 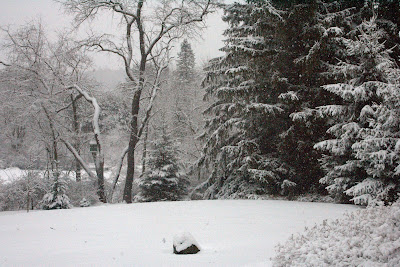 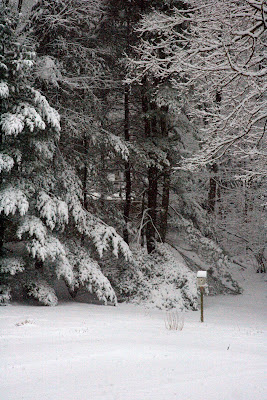 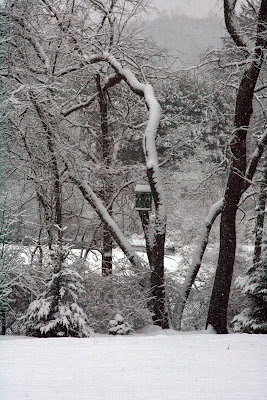 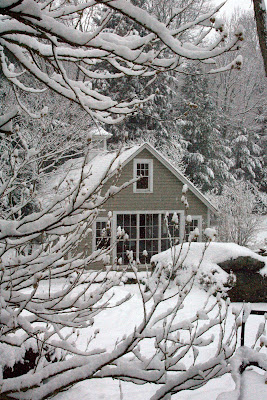 Jeff Bridges was so scuzzy in 'Crazy Heart'. He was so sweaty, so raw, so natural, that you could just about smell him on the screen where he portrays a character named 'Bad Blake' (what he thought of himself), a talented but end-of-career boozy country singer, playing one night stands (in more ways than one) in dingy bars, even in a bowling alley, who falls in love too late in his troubled life.
I don't know if Jeff Bridges will get a best actor Oscar for his performance this year, considering the competition in his category & the politics of such awards, but his performance was exceptional. He seems to get better every time I see him on the screen.
Bridges seem to slip in and out of this kind of role with great ease. Whether this is because he has become one of those exceptional character actors or because it's just so close to his own personality is hard for me to know. John Wayne always played John Wayne -- even in 'True Grit' when he was probably at his best.
In any case, I would definitely recommend spending the $8 on 'Crazy Heart'. It's a touching film with a meaty role for 'Bad' even though the very end was a bit too 'packaged' for me.
Others in the cast include Robert Duvall, Maggie Gyllenhaal & Colin Farrell -- all of whom play convincing roles as they touch the life of "Bad Blake" aka Otis (I forgot his last name).
Happy Valentine's Day.

Posted by Jan Rifkinson at 12:16 No comments: 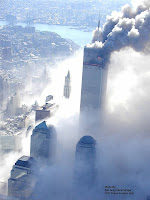 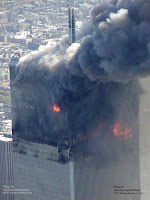 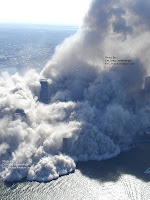 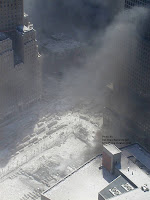 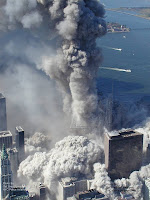 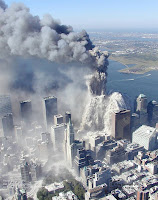 A wonderful card for my 67th birthday

Email ThisBlogThis!Share to TwitterShare to FacebookShare to Pinterest
Labels: me

Rather than spending Valentine's Day with their partner, one-fifth of adults would prefer to be with their pet, according to a joint global poll by Reuters/Ipsos.
The survey of 24,000 people in 23 countries found 21 percent of adults would rather spend February 14 with their pet than their spouse....
Posted by Jan Rifkinson at 16:47 1 comment:


This is a thinly veiled novel about a young newspaper man, aged 31, from New York City, who decides on an adventure, arrives in San Juan, Puerto Rico in the winter of 1958.
There he gets a job at the local American rag, thus joining a cast of adventurers, miscreants and journalistic drunks.
Because I was born & grew up in Puerto Rico, it was an enjoyable read for me but if you like Hunter S Thompson, gonzo journalist, you'll like this book anyway. Although labeled a novel, I tend to think otherwise.
There are funny, thoughtful -- as well as -- pathetic scenes with people easily imaginable in the tropics at that time. Now Puerto Rico is an overgrown tourist destination and heavily dependent on U.S. 'foreign' aid.
At one time Hunter Thompson lived on an island off Puerto Rico (he may still).
It is rumored than Johnny Depp bought the film rights to this book. It is a fact that a movie is being made out of it. Depp, as the main character, is a perfect fit.
When the film is released, I will definitely see it.

Posted by Jan Rifkinson at 15:58 No comments:

THE WASHINGTON POST'S MENSA INVITATIONAL ONCE AGAIN INVITED READERS TO TAKE ANY WORD FROM THE DICTIONARY, ALTER IT BY ADDING, SUBTRACTING OR CHANGING ONE LETTER & SUPPLY A NEW DEFINITION.
And the winners are:
1. Cashtration (n.): The act of buying a house, which renders the subject financially impotent for an indefinite period of time.
2. Ignoranus: A person who's both stupid and an asshole.
3. Intaxicaton: Euphoria at getting a tax refund, which lasts until you realize it was your money to start with.
4. Reintarnation: Coming back to life as a hillbilly.
5. Bozone ( n.): The substance surrounding stupid people that stops bright ideas from penetrating. The bozone layer, unfortunately, shows little sign of breaking down in the near future.
6. Foreploy: Any misrepresentation about yourself for the purpose of getting laid.
7. Giraffiti: Vandalism spray-painted very, very high
8. Sarchasm: The gulf between the author of sarcastic wit and the person who doesn't get it.
9. Inoculatte: To take coffee intravenously when you are running late.
10. Osteopornosis: A degenerate disease. (This one got extra credit.)
11. Karmageddon: It's like, when everybody is sending off all these really bad vibes, right? And then, like, the Earth explodes and it's like, a serious bummer.
12. Decafalon (n.): The grueling event of getting through the day consuming only things that are good for you.
13.. Glibido: All talk and no action.
14. Dopeler Effect: The tendency of stupid ideas to seem smarter when they come at you rapidly.
15. Arachnoleptic Fit (n.): The frantic dance performed just after you've accidentally walked through a spider web.
16. Beelzebug (n.): Satan in the form of a mosquito, that gets into your bedroom at three in the morning and cannot be cast out.
17. Caterpallor ( n.): The color you turn after finding half a worm in the fruit you're eating.
THE WASHINGTON POST HAS ALSO PUBLISHED THE WINNING SUBMISSIONS TO ITS YEARLY CONTEST IN WHICH READERS ARE ASKED TO SUPPLY ALTERNATE MEANINGS FOR COMMON WORDS.
And the winners are:
1. Coffee, n. The person upon whom one coughs.
2. Flabbergasted, adj. Appalled by discovering how much weight one has gained.
3. Abdicate, v. To give up all hope of ever having a flat stomach.
4. Esplanade, v. To attempt an explanation while drunk.
5. Willy-nilly, adj. Impotent.
6. Negligent, adj. Absentmindedly answering the door when wearing only a nightgown.
7. Lymph, v. To walk with a lisp.
8. Gargoyle, n. Olive-flavored mouthwash.
9. Flatulence, n. Emergency vehicle that picks up someone who has been run over by a steamroller.
10. Balderdash, n. A rapidly receding hairline.
11. Testicle, n. A humorous question on an exam.
12. Rectitude, n. The formal, dignified bearing adopted by proctologists.
13. Pokemon, n. A Rastafarian proctologist.
14. Oyster, n. A person who sprinkles his conversation with Yiddishisms.
15. Circumvent, n. An opening in the front of boxer shorts worn by Jewish men.
Posted by Jan Rifkinson at 14:41 No comments: